Fred has posted the comic to his Patreon. He'll post it to the main site and elsewhere probably tomorrow.
Proud owner of kendermouse's 500th post.
Lean and slippered forum loon
Top

We all know who that bad Irish magical girl is, of course.
Proud owner of kendermouse's 500th post.
Lean and slippered forum loon
Top

So now Erika has a mission and a wand....Largo is gonna need some more pain meds when he hears this!
Top 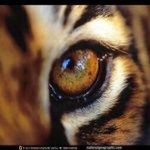 Hoping I'm wrong, but those sounded like last words. Although maybe it would be a relief for her, to finally be free of this prison.
Top

The feels are strong in this one
Top

Oh, gods. Misamachi nearly lost Tokyo the last time Erika and Miho's orbits crossed. Now Erika has a mandate from an MG and a freaking wand. And Largo will be somehow involved.

That town's gonna get chunked.
SD seems to no longer need the tinfoil hat that it had made from merciless hammering on Occam's Razor. This is a strange state of affairs. I do hope that it finds the need for it again someday.
Top

But the last time Erika had removed herself from the situation.

Also was can now see how Miho was able to attempt to take over the story despite never having spoken a word....
Top

Well, somebody DID ask Fred to stop with the feels...and he took it as a challenge, complete with drawing of Moeko with a Very Disturbing Grin he posted on the MT page in FB
Top

Oh.... was not expecting that... not sure what I expected in the first place, but I'm pretty sure this wasn't it.
Bringer of pointless claims and false theories
Self imposed president of the 'I *heart* TWB' fan club

And then she was LCL Roamer wrote: ↑
Mon Aug 26, 2019 6:32 pm
Hoping I'm wrong, but those sounded like last words. Although maybe it would be a relief for her, to finally be free of this prison.

Well I mean she is technically in a coma and all.. probably won't do much more talking any time soon. The 'terminal' thing does fit Miho's story, but that's hardly permanent if history is anything to go on.

So now Erika is to make sure Kimiko won't quit giving Miho/Kotone a voice, it'll mean, support Piro too, so he won't leave?
The plot seems to be strong with this one.

Also looks like a piece of evidence AGAINST the theory that Miho and Moeko are the same person, separated by the story split.

Thank you for the good beautiful food^Wstory and page, Fred

(EDIT)
so in Moeko's story, Miho is 'just a character' who never even says anything... so probably not because there was no one to give her a voice, just the voice wasn't written for her...
Ryoia Sayuri will have to work extra hard on this one, I feel...
Translation to polish
and where it happens when I have time to stream

Moeko's last words seemed to be a release point. It seems to me that she resolved her one lingering regret, and was able to pass over to the other side.
Top

So I'm NOT crazy thinking that Moeko was talking about Miho. That's good.
Top

Yuck.
That Miho loving body jacker!
Gotta watch everything Erika does and says very closely from this point forward.
Top 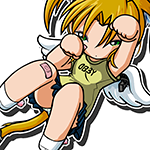 Dawg, I hate it when he's right
Top

you assume that what Moeko says is true, right? Miho was the Bad Magical Girl? That is right out of 'she said/she said' (edit sorry been looking for a word for a long time) fallacy... You assume that, just because she's the miserable one that spent most her life in bed unable to move or feel her body?

Granted, no villain(ess) will ever call themselves 'bad', right? We had that,when Miho called the existence that destroyed Kotone, a 'monstrous' one.

But in the 'near death experience' pocket world, it was Moeko, who was hostile to Miho, when Miho was suffering...

Hostile attitude, taunting, forcing out, calling to her senses...

and using a were-bear to whap-her-out too... that is down-right mean, girl...

Now I would not call what Miho became a 'good' existence, but I have a hunch, they're both not-good.

After all, the good-stability representative holds tabs on both. (or what we assume TPCD is just because they try keeping chaos at bay)

Only difference is, that someone portrayed Moeko as the 'guardian of the purity and justice', but what if that is just.... a spin?

And now, Moeko wants Erika to 'save' Kotone/Miho?

I am starting to have trouble believing that...

(edit) p.s. i envision Largo's going to need tranzl33t pretty soon, as Moeko / Magical Moe-bo has not been translated into english yet...
Translation to polish
and where it happens when I have time to stream 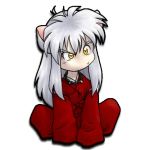 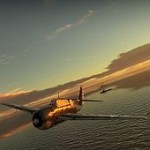 This is going to get very, very, interesting...
Top

Wow. That was a shock-and-a-half. Erika to save Miho? That's going to take some serious acting, possibly even above Erika's skill level. Will she need help for this one?
The Rapierman: Intelligence with a sword and a smile.
Top

I am a bit confused. In 'Girl Phase', Magical Moe-bo used a magic croquet mallet to punish evil most severely. The real Moeko has a magic wand and wants to save the "evil" Bad Magical Girl FEZ from Ireland by giving her life. Does that mean the Bad Magical Girl isn't *really* evil, just misunderstood?

No need to respond, Mr Werebear, we all know your opinion on the subject. ;>

Users browsing this forum: No registered users and 12 guests