Been a while..... how about some Karakai Jouzu no Takagi-san Season 2 Eds?

【Karakai Jouzu no Takagi san Season 2】ED6 Full For You
My MAL profile, not as a noob, though.....

Aldnoah Zero - Opening1 - Heavenly Blue
My MAL profile, not as a noob, though.....

This is one of the cutest EDs ever.

I wish I could have found a higher quality version, but I only found 2 versions: this one, and one in which the video was cut off on the top/bottom and sides.
Murrin-Murrin
Top

Thanks for posting that.
Avatar by Broken, I changed the book
My rescripts, now with little bits of commentary for each one
Top

Edit: I found the full version of the ED! It rocks!

Survival Game Club ED Ending Full
My MAL profile, not as a noob, though.....

Studies show that listening to anime inspired lofi hip hop on YouTube can lengthen life expectancy and decrease brain density for cool people who get made fun of for their music tastes.
I used to be 4'33" but I had forbidden characters.

Studies show that listening to anime inspired lofi hip hop on YouTube can lengthen life expectancy and decrease brain density for cool people who get made fun of for their music tastes.

Well, at least it's better than this channel....

This is brand new, and pretty cool!

This ED is very fun and cute:

^So I was really bent on finding a version with no subtitles and finally found one! I just think this ED is so much better without subtitles, I think the subtitles kind of get in the way. (Note for this video: on desktop, there are options to choose the video quality up to 720p, but on iPad (where I'm posting this from) it just auto-adjusts the quality with no options)

Anyway, here are those two other versions as well (version with subtitles, as well as creditless version):

The "Seven minute miracle" that was promised from the beginning of Carole and Tuesday.......
CAROLE & TUESDAY / INSERT OST / MOTHER / FULL
My MAL profile, not as a noob, though.....

Bokutachi wa Benkyou ga Dekinai Season 2 ED FULL「Houkago no Liberty」by halca
My MAL profile, not as a noob, though.....

Hi Score Girl II has a new Op and ED with the same artists.

Etsuko's ED is pretty bland pop(or am I just spoiled by her past offerings?)
Yakushimaru Etsuko - Unknown World Map (High Score Girl II ending theme)
My MAL profile, not as a noob, though.....

This is a really good OP/especially the song. This video's sound is a little bit muffled for some reason, but I'm not going to go out of my way to find one with great quality audio (because I'm too afraid of running across spoilers). But every time I hear this OP, I really am impressed.
Just Because OP

Next, I was watching some of this show again because it's hot, but I had forgotten how much I love this intro song. I love her voice, I love a lot of the melodies, and just all-around I think it is a good intro song.
Citrus OP

This show also has a pretty good soundtrack of background music as well. I've actually listened to it at work a few times just in the background. Citrus Full Soundtrack (background music) and that album picture is so adorable
Murrin-Murrin
Top

I did not watch Citrus, so did not know that nano:RIPE did it. Here's the latest by them, the ED to Shokugeki no Soma.

Yah, nano.RIPE is definitely one of my favorite Japanese singers, I was pleasantly surprised that she could do something radically different from the Non Non Biyori OPs, while still being recognisable in a heartbeat. I started looking for the full version of Azalea just after the first episode of Citrus!
But speaking of pleasant OP/EDs, I really enjoyed the ones from Re:Creators, as it sounded nostalgic, like late 90s/early 2000s rock songs. Needless to say, I was amazed to find that there was an excellent cover for each of them in Russian.

Cool, thanks for links, CipherF15! Free free to post anything, anytime!

Youtube, in all their warped glory, recommended this tune. It's technically not an anime tune per se, but it has anime characters in it. There are several versions of this tune(by Gyari) with different anime characters/game characters out there, but on the whole, they are the same. Mostly using onomatopoeia instead of speech, the tune is super catchy. I'm a big Gotobun fan, so this video ticks all the boxes for me.

Note: the characters used are from the manga, not the anime, so if you are anime only, there are a few mild spoilers
SpoilerShow
Nino's hair, for example
.

[Hand-drawn] A quintuplet came [Bride for five equals]
My MAL profile, not as a noob, though.....

This is a really good soundtrack. It's one of my favorite TV show soundtracks (anime or not). I always found this soundtrack similar to serious non-anime dramas like Downton Abbey. I just ordered the CD for this soundtrack the other day. Beautiful anime and beautiful soundtrack.

It's also impressive to me that the composer is a California native (like myself) who is not Japanese at all, and composed this great soundtrack when he was only 30. Although maybe I'm overestimating how "impressive" it is for an American to write a soundtrack for a really successful anime -- for some reason I imagine that it's especially hard to get in with that industry if you're not Japanese, but I actually have no idea. (I hope I'm not offending anybody with that thought, I mean for example with great symphony orchestras like the Vienna Philharmonic, London Symphony, etc., they tend to favor their own countrymen-and-women as opposed to foreigners. So I thought maybe it could be the same way with anime).
Murrin-Murrin
Top

I'm glad it's not, Murren. More proof positive that music is universal. Listening to it right now, thatnks!
My MAL profile, not as a noob, though.....

New season! How about starting it off with the OP from Yuasa's latest?

Keep Your Hands Off Eizouken! - Opening | Easy Breezy
My MAL profile, not as a noob, though.....

It seems that the vocaloids have started CLANNAD live
My MAL profile, not as a noob, though.....

It seems that the vocaloids have started CLANNAD live

That was brilliant. Wow.

They nailed the style. As the other players came in, it totally developed into a modern jazz style, then after the bass solo, switches to a more latin/bossa nova style, and everything sounded great. I can't say how happy this made me. This was brilliant.

On other notes, I've been wanting to post a couple things here:

Yagate Kimi Ni Naru Full Soundtrack -- I've developed a great appreciation for this soundtrack recently. It really played a big part in establishing the setting and mood for this show. The music, the art/drawing, the storytelling, it created a really nice atmosphere that was somewhat of a relaxing setting, which was just really nice to watch. And some really sweet (yet still relaxing) humor (in which the music played a part as well). It was a cute and really nice show imo.

Hidamari Sketch ED - haven't been watching the show recently or anything, but I don't think I've posted this here yet. It's a really nice mellow chill ending song. 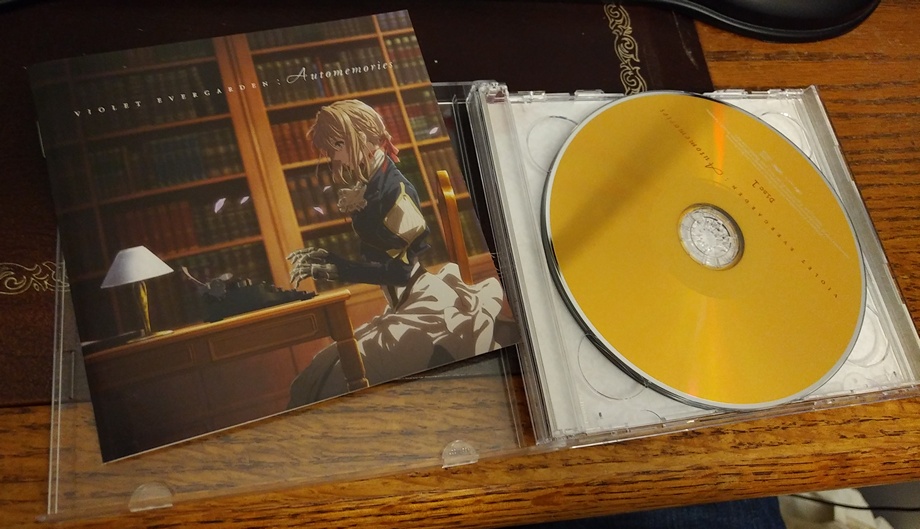 Murren, if you check out the GYARI channel on YT, you'll find more of their stuff. Very underrated, IMO.

I really should listen to more soundtracks, that one is really good!

Can't see the pic from work, imgur is blocked...