"And she looked down and her heart was gone"

Fred is planning to start work on the next comic this afternoon. You can watch him draw it live on Twitch.
https://www.twitch.tv/fredrin
Proud owner of kendermouse's 500th post.
Lean and slippered forum loon
Top

You know, it was pretty clear when Erika put the sudden moves on Largo he wasn't able to react consciously. He panicked, bailed, and later went to find out what was usual and expected. Rather freaked out at the time, but working to understand the scenario and how it should go. Erika didn't think it was a big deal, didn't seem to take it too seriously. Wait a while after having dinner and you're hungry again later, the sun will be out again tomorrow. He gets advice and returns to tell her he wants to figure it all out. Based upon their interactions in general and particularly her behavior on top of the train and in the ninjacar, she's quite pleasantly reacting to the results of such experiments. So it's not like we haven't been given such information before. It's just a matter of degrees at how viewers can be convinced something went on, and how and in what ways showing to what extent it went on. How long it takes to detail events is part of that, and with Erika and Largo that was doled out over quite a while bit by bit at a time.

Yet what about Piro and Kimiko in general, particularly here and now escaping from pursuers? She has told him what she thinks, proclaimd it before "dying". He seemed to get it was her proclaiming it, fitting it into the role to tell him, but her saying it, not the character in the role. He's previously made his intentions clear. Is she ignoring them? Or is this right and not easy. It isn't a situation exactly conducive to privacy and leisure, but a busy dangerous rather public situation. Not that such things have ever stopped anyone, boat crashes, bank robberies, parasailing, car races. So, what to make about what she's taken off at some point while getting to where she is, she was wearing them before. Yet, sorry, it's all as we fade out, having cleared a path. Perhaps on a number of levels. So, what's next, she's in love with him, she says. She moves on it now regardless of the situation, in spite of it. Do Kimiko and Piro as themselves level up in the same ways Miho and Komugiko have suggested to Yuki about Yutaka. As Erika and Largo have already. Winning or losing or neither or both. How important, how critical? In usual stories of certain types, such things are a big deal. In others, not so much most of the time.

Yet, you say, perhaps instead something somewhat sinister has happened between reaching the car and now! If this is more than normal, does Piro reject or accept whatever shenanigans might be going on. Be any oddities vis-à-vis sources and Analogues and the real thing, what to do. Really, if things are wrong, how would Piro know which of them are or are not wrong? So it's more a question if the story goes to solidify K&P as E&L have been already, or do we instead get a turn of events towards trickery or evil and him the victim of such ill-doings. Who knows. Who can know at this point. The question then is probably if more happens now, in the car, and what it is, and if we'll see or find out about it now or later some other way. Having a story related to us, seeing behavior and reaction, whatever, whenever. When and how would we learn any more than what we have, and the information based upon what. Likely their behaviors the next time we see them. Good or bad or indifferent. Hints, clues. In each other's arms, clearly nothing or something having happened. Whatever it is.

What we do know is that this situation is dangerous (rifle bullet stopped by Ninja just in time, mechs attacking a little car) and determined (moving up for a kiss, at least, regardless of all else). If we take it at face value, she tells him she loves him, she tries to show it. Pretty simple. So it appears to be up to what Piro does or doesn't do next. Why and what does it mean and so on, that's all perhaps at least a little more complicated, but could be totally unimportant and trivial.
Top

Well, I'm not quite sure when it was that this turned into a ninja shounen manga, but so far I'm liking it. Junpei can judo toss a mecha...that's serious chops...the type usually reserved for magical girls. makes me wonder a bit more about Grandma Ninja and the rest of Junepi's family. perhaps they are magical girls AND ninjas?

Or would that just break too many tropes?

Patty Acer wrote: ↑
Wed Jun 28, 2017 4:30 pm
Well, I'm not quite sure when it was that this turned into a ninja shounen manga, but so far I'm liking it. Junpei can judo toss a mecha...that's serious chops...the type usually reserved for magical girls. makes me wonder a bit more about Grandma Ninja and the rest of Junepi's family. perhaps they are magical girls AND ninjas?

Or would that just break too many tropes?

...and aw, poor Megumi. Slapped in the face with those feels, her friend getting busy in the back seat, they're in mortal danger, this is *not* the poor girl's day.
Top 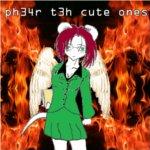 Maybe we should start a movement to get Megumi set up with a cute significant other who worships the ground she walks on?

I can't see Dom or Ed being compatible. Kenji?

Can I vote that they BOTH get Junpei?

Why's everyone looking at me like that?
Maaaaaaan. Now I need to start winning posts again.

Initial B wrote: ↑
Mon Jun 26, 2017 10:06 am
I don't think even Junpei would have the strength to directly counter the force of a multi-ton mecha, but it looks like he took its momentum and used it against itself in kind of a judo throw. Yeah, slightly more believable, but it still blows my mind. And magical girls are a whole magnitude of difference more powerful...

Whatever gave you that idea? Years ago I routinely said that Ninja were just magical boys, but refused the name and came up with Ninja. I was actually surprised to see Junpei's sister considers herself a ninja also. I guess this reflects family traditions and Yuki is from a Magical Girl tradition.
Top 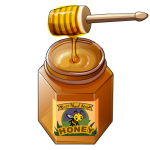 SpoilerShow
I think it'll be the case that magical girls (or boys) are more powerful than any normal (non-magical) ninjutsu would allow them to be. Luckily most aren't trained as ninja or they'd really be a problem.
Yea, verily: Who is that, running on the steppes! It is Sax, clutching buzzsaw hand extensions! He howls homicidally:
"I'm seriously going to pound you into the fast lane!!!"
Oh, yeah, I wrote Ping some backstory once.
Top

And now they are looking at me too!
Top

And now they are looking at me too!

Tonight on Jerry springer prime time.....HEs a ninja who fell in love with a kitsune but he also is in love with her sister. WHo married both of them. Tonight they reveal this to their parents.
I WAS the Owner of Wolfboys 800th post but SOMEBODY had to go and get a new Forum lol!
Top

And now they are looking at me too!

Tonight on Jerry springer prime time.....HEs a ninja who fell in love with a kitsune but he also is in love with her sister. WHo married both of them. Tonight they reveal this to their parents.

I'm okay with this.

All I can keep thinking about is that Piro has a back full of glass now, and that this must be sending extremely conflicting signals of pain and pleasure to his brain.

I tend to think his response would be to freeze up, unable to respond to any of the stimuli.

Fortunately that is probably the best thing to do to minimize damage.
Top
Post Reply
65 posts