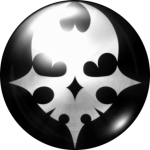 Just my semi-monthly check in here to see what's up.
(Backer #3,028 - $125 reward - Includes FLASH DRIVE OF AW3SOM3 PACKAGE, the Kickstarter exclusive full-color, signed 11x14 fine art print PLUS BOTH Piro's new "B4k4^3" tshirt AND Largo's new and improved "3V1L L337" tshirt)
Hope things have been looking up lately and still enjoying the comic. I've also enjoyed the Endgame series of light(?) novels. They helped me through training in the desert (NTC), deployment and my overseas stint in Pacific Pathways.
I remember hearing about this project back in 2013 while I was in my MOS training and thinking it'd be awesome to get this stuff and re-experience the story through VN. What's done is done and I've committed to this thing... kinda like I've committed to finishing the Destiny story experience just because I'm already in this far. Sure it was a gamble, but I'll still hope and dream for progress (and hopefully completion).
Until then, back to the daily grind and Persona 5 Royal! Toodles~
Top

Anyone remember when we could count on one update a month and a front page blurb once every three years?


Me neither. Fred needs to quit kidding himself and put the strip on indefinite hiatus until his life calms down. If it ever does.
Top

Well, I stopped supporting Fred on Paetron because he's already got enough of my money. and truly I don't see anything happening here but all of us complaining to each other, which is truly sad. Ah well, back to my little corner of life, and everyone keep on hoping.
Top

Why doesn't this get posted on the front page? I mean, the last update posted there is from 3 years ago.
Top

You know, I don't mind that this project failed. There is risk inherent in everything. Sometimes things just don't work out. I get that. From what I can tell searching here and elsewhere, Fred overpromised and life threw him a few curveballs. That's rough. Most people can understand that. I certainly do.

But what I can't forgive is the silence. The five years with no updates, no posts, no accountability whatsoever. I shouldn't have to sift through forum posts looking for answers. Failing is fine. On a long enough timeline, we all fail eventually. It's what we do in response to that failure that shows our true caliber. What Fred has done is run away and hide. Maybe not out of cowardice. Maybe he genuinely believes, if he works hard enough, he can one day bring this project back to life.

But then, why not tell people that? Why not say something? Why not say literally anything to the people who gave him $299,000? Yeah, I know. It's hard to stand in front of people and eat crow. But he owes us that much. I don't expect the game. I don't expect my money back. Even if I could have it? I'd say, keep the money. It sounds like life dealt you a bad hand, you need it more than me.

But being frank and honest with us? That's the absolute least you could do. If you won't do that, Fred, then that tells me everything I need to know about you. I can't speak for others, but I used to be such a fan of your comic. Now I can't even enjoy it anymore.

Sure hope it was worth it.
Top

The lack of communication is what bothers me most about it. Side note, I wonder how out of date the banner on the main site will get, it's still celebrating MT's 10 year anniversary from 11 years ago.
Top

I think the project hasn't officially been declared failed simply due to the legal ramifications it would cause with Kickstarter.
Top

JohnCKirk wrote: ↑
Mon Mar 01, 2021 7:30 pm
For those who still have faith in Fred, do you honestly believe that we're going to hear anything in the next year? I'm not even talking about the game itself, just any kind of update to break the radio silence. For me personally, I fully expect to make a similar post at the "8 years overdue" mark, but I'll be delighted if he proves me wrong.

Well, here we are again. The estimated delivery date was Feb 2014 and it's now Mar 2022, so the project is officially 8 years late. The last update on Kickstarter or the VN site was in July 2017 (4½ years ago).

At this point, it is blindingly obvious that we're never going to get the VN or a refund. However, what Fred can do is something that he's uniquely qualified for: he can document where the money went and how much work has actually been done. (Just to reiterate what I said in a previous comment, it's fine to just say "the company paid Fred $X,000 in salary"; what Fred personally spent his salary on is none of our business.) I don't expect Fred to do a business analysis; there are other people who can do that once they've got the raw data. I genuinely believe that this would be useful as a case study of a failed Kickstarter project, so that other crowdfunding efforts can learn from what went wrong.

I think it would also be good for Fred to draw a line under this, rather than having it hanging over him. I recently left a company where I'd worked for 2 years, and it was quite cathartic to go through all my leftover tasks in my final week. For each task, I either had to finish it myself, hand it over to someone else, or abandon it. Either way, it was no longer my problem once I'd left, so it enabled me to clear the decks ready for other tasks.

If any of the mods here are in touch with Fred, please can you stage some kind of intervention, for his own sake. Failing that, I'll see you all next year for the 9th anniversary of the missed deadline.
Top
Post Reply
36 posts